imitate, copy, reproduce, mimic, mirror, echo, follow, model oneself on, take as a model, take as an example; imitate. “hers is not a hairstyle I wish to emulate”

reproduce the function or action of (a different computer, software system, etc.). “The adaptor is factory set to emulate an NVidia graphics board.”

Charleston wants to emulate Manhattan’s selfie-ready linear park but avoid the displacement it wrought. Is that possible? Published in 1991, it’s not the oldest emulation that’s on offer but it’s probably the best for feeling like you’re using a full computer setup. The Philadelphia 76ers should be looking to emulate the San Antonio Spurs and their success statistically in almost every season. Gandhi Sangrahalay director Razi Ahmad on Thursday called upon the students to emulate the ideals of Mahatma Gandhi 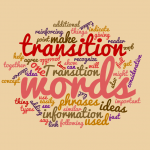